This is the story told to me by my grandfather Ivan, who survived the atrocities of the Soviet Regime. The story offers you a glimpse into the history of the Soviet Union and the Ukraine and especially the Holodomor (literally translated from Ukrainian as “death by hunger”). This Great Famine of 1932 – 1933, a man-made famine in the Soviet Ukraine’s Kuban Region (now a part of the Russian Federation) and in the Kazakh Soviet Republic (now Kazakhstan) killed millions of ethnic Ukrainians. Some scholars still argue about the number of deaths – estimates range from 3,9 to 12 million. 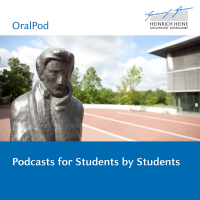 OralPod
A Glimpse into History – My True Story8