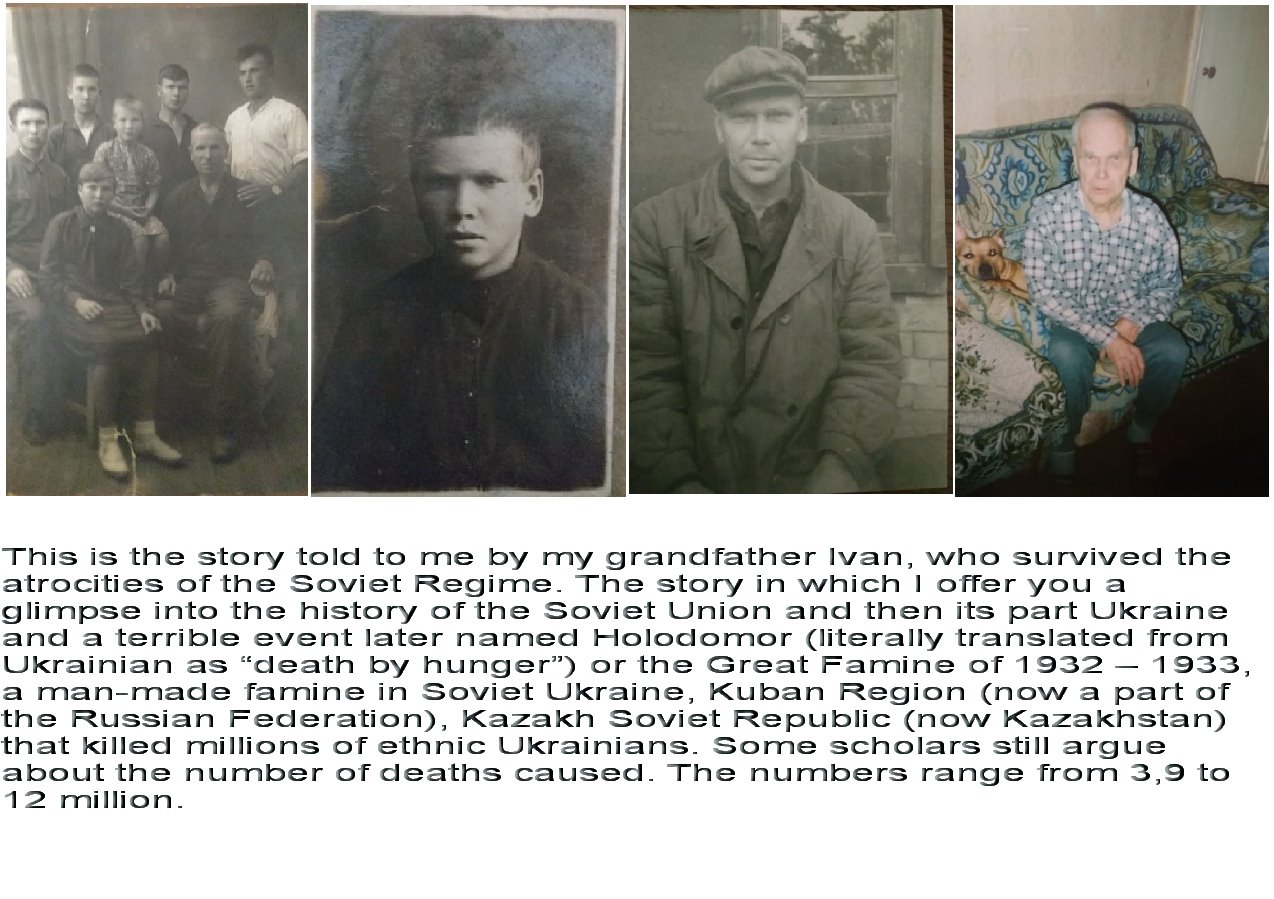 This is the story told to me by my grandfather Ivan, who survived the atrocities of the Soviet Regime. The story in which I offer you a glimpse into the history of the Soviet Union and then its part Ukraine and a terrible event later named Holodomor (literally translated from Ukrainian as “death by hunger”) or the Great Famine of 1932 – 1933, a man-made famine in Soviet Ukraine, Kuban Region (now a part of the Russian Federation), Kazakh Soviet Republic (now Kazakhstan) that killed millions of ethnic Ukrainians. Some scholars still argue about the number of deaths caused. The numbers range from 3,9 to 12 million.